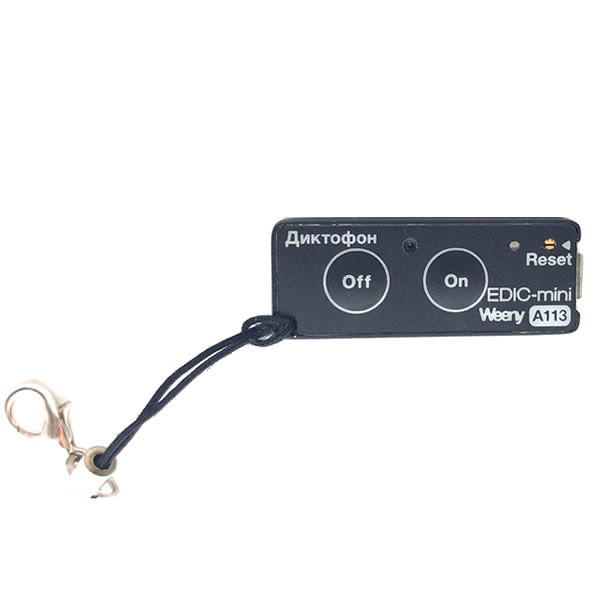 The Bug Mini A113 is from the "Weeny" family of products which are the tiniest and the lightest audio recorders in the world!, the A111 measures in at 37mm x 15mm x 4.5mm and weights only 4 grams.

It has an internal memory, a very simple and intuitive operation via only 2 buttons. This audio recorder also has a sophisticated and efficient proceesor chip which resulted in very low battery consumption, this meant that we could construct its size a great deal smaller than most other audio recorders

The A113 also has a new digital microphone with a 24-bit codec that provides excellent recording quality with acoustic sensitivity up to 15m.

The A113 also features a system of built-in markers which allows you to check the absence of editing records, confirming the time and date of recording, type and a serial number of the recorder on which the recording was made which is crutial for evidence for courts.

The A113 can be connected to both Windows and Apple computers, most portable tablets and other devices that support external media connections, the A111 recorder can also connect to your phone, so you can easily playback, delete records and configure the settings straight from your phone!